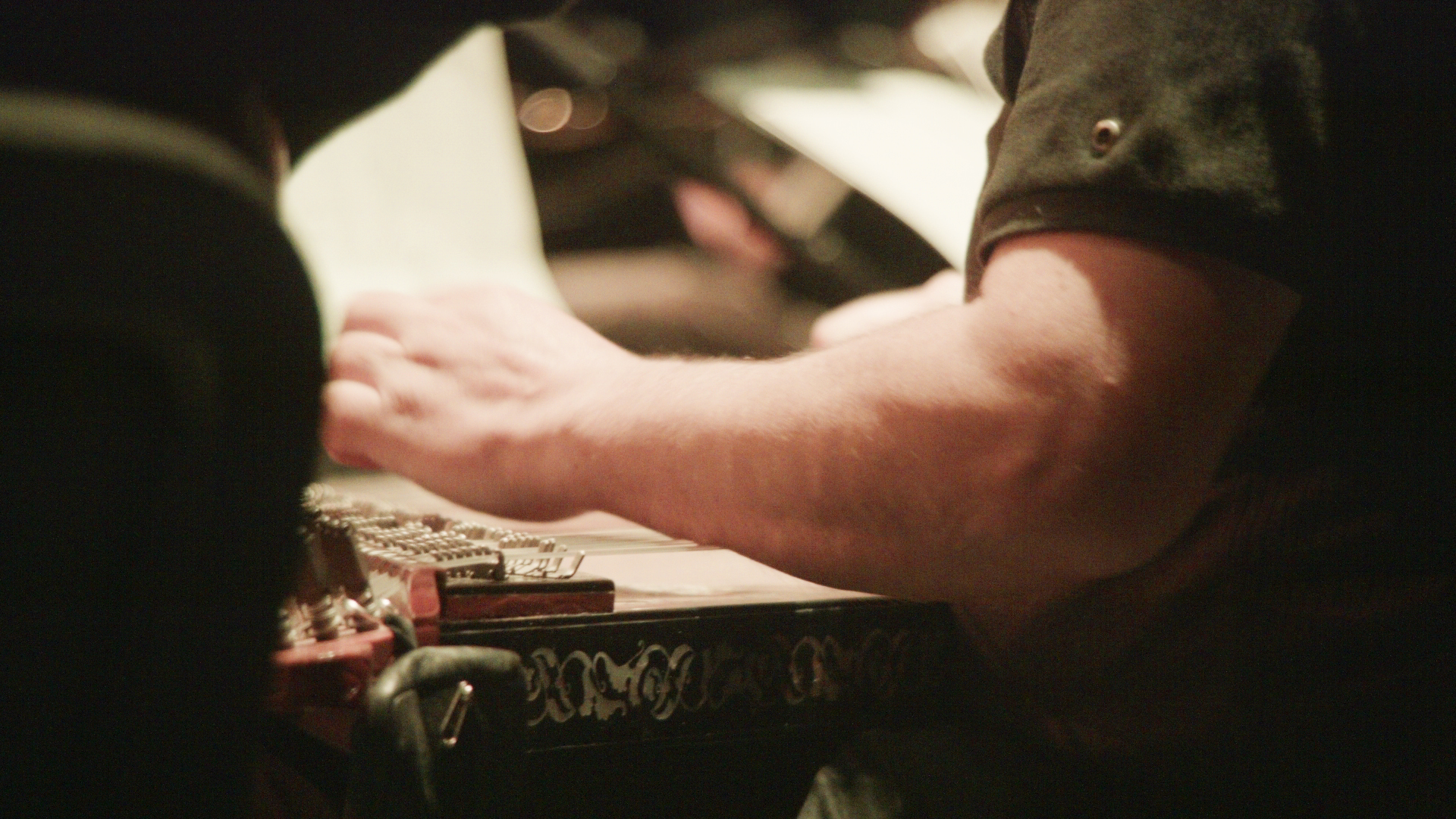 Performer, composer, improviser and academician originally from the Istanbul\Turkey. She studied at Yıldız Technical University, Art and Design Faculty, the Department of Music and Performing Arts in Istanbul and later on at Codarts, University of Arts Rotterdam and is currently an external PhD researcher in Cultural Musicology department at University of Amsterdam, and she works for the theater Wees Onzichtbaar and Oogentroots.
She was awarded the First Prize at the Young Instrumentalists Competition held in memory of Tanburi Cemil Bey at the 100th anniversary of his death by Turkish Ministry of Culture.
She collaborated with Naseer Shamma, Kudsi Erguner, Martin Fonds, Bart Schneemann, Julian Schneemann, Sokratis Sinopoulos, Eric van der Westen, Johan van der Linden, Wilmar de Visser, Alex Simu, Sjahin During, Orville Breeveld and others.

Syrian composer and oudist, lives in Denmark. Studied both classical Arabic and Western music in The Higher Institute of Music in Damascus.
Composes and arranges music for a wide variety of settings and ensembles. He is involved in world music and discovering new sounds on the oud and additionally, experimenting with different styles of contemporary music.
Worked with different bands and artists in Denmark, UK and around Europe – among others are Damon Albarn and Brian Eno, Dunia Ensemble, Grænseløs, Dicte, JSO Bremen-Nord Philharmonic Orchestra, RUM, Blood-Sweat-Drum & Bass big band, S. Møller Big Band, Aarhus Jazz Orchestra, Listen! Trio, Nouri Iskandar String Quartet and Li Dine and The Syrian Expat Ensemble.

Omar Znkawan is a Syrian saxophonist, clarinetist and composer who has been living in Berlin/Germany since 2018 and working on his project „Arabic Jazz music “.
Especially on the Saxophone, his aim is to introduce it with Oriental instruments in a new image by playing the quartertone in oriental melodies and improvising in the Oriental-Jazz style.
His projects reflect his new vision of Arabic music with his band playing some standards of jazz and Arabic/Oriental music by mixing harmony with improvisation.

Belgian musician and composer, plays a wide range of musical styles on piano and accordion. Since leaving his law practice behind, he has toured Europe, China, Congo, and South-Africa with world music orchestras such as Les Busiciens, Olla Vogala, and Transpiradansa. He has also been involved in various theatre productions as a multi-instrumentalist and actor.
Plays with Damast Duo, BlindeVink and is resident pianist on Radio 2’s satiric programme “De Rechtvaardige Rechters”.
He also is a certified Soundpainter and an experienced music teacher (Ethno, AKDT, Muziekpublique).

Galina Velikova is a singer who was born in Bulgaria where she studied Bulgarian folk music and shared the stage with some of the most talented musicians and artists from the Balkans. She has passion for ethno and Balkan music.

Currently she lives in Gent, and she trains the Balkan Choir in De Centrale.

Born in 1994 in Auvergne Lucie was fascinated from childhood by traditional Auvergne music, and began to learn music at the age of 8 with the transverse flute. After obtaining her bachelor degree at the Music Halle conservatory she went to Istanbul and lived there for two years to further immerse herself in the world of Modal music and to learn the duduk. She is currently studying at Codarts University of Arts.

German percussionist and drummer Jacobus Thiele specialized in middle eastern percussion during his Bachelor at the Codarts Conservatory in Rotterdam. He plays in various styles ranging from Jazz and Pop,
Classical Ottoman Music, Theater and World Music projects. His recent projects include KaraYam, Dareyn Trio, Lokum Ensemble, Amazonon and the Göksel Yilmaz Ensemble with whom he is touring regularly within Europe and Turkey.

Damla started playing music when she was 10 years old. She studied Turkish and classical western classical music at Istanbul Technical University Turkish Music State Conservatory (ITU). She specializes in cello and also plays piano. Her playing illustrates a deep understanding of the history and feeling of the Turkish maqam music tadition.

She has been teaching piano, cello and Turkish music for over 10 years, and she plays in several orchestras and in Turkey and in Belgium.

After many happy years with her violin, Katrien chose her great love at the age of 16: the double bass. At the Rotterdam conservatory she studied classical music and became inspired by the Argentine Tango. She has been performing for years with groups such as Wè-nun Henk and Clochard (folk), Quinteto Astor (Argentine Tango), Zannemie en de bende (children’s theater), Raskat muziektheater and others. She also likes to write her own music, inspired by European folk repertoire, Argentine tango, the many possibilities of the double bass and contemporary sound experiment.

Violinist and violin teacher, started his career in Iraq, his motherland, where he obtained his bachelor’s degree in music from Baghdad University. He worked as a violin teacher at Institute Music Art Centre for Peace and at the Music and Ballet School of Baghdad for several years. He was a violin player at Iraqi National Symphony Orchestra, and he worked as a free lance teacher for both Arabic and Classical music.
Afterwards he obtained his master’s degree – Violin Soloist at the Royal Conservatory of Liège. Mohamad plays in many groups and ensembles and gives regularly masterclasses and workshops.

Ibrahim is a Syrian violist, he studied Western classical and Arabic music in the Damascus conservatory, currenlty studying at The Royal Conservatory of Brussels.

Ibrahim is also specialist in the Byzantine chant music, and he plays with Young Belgian Strings (YBS).

Jiraan had the honour to have invited and played with: